The first production in the new Depot Theater was Anyone Can Whistle, a musical with a book by Arthur Laurents and music and lyrics by Stephen Sondheim. Set in an imaginary town that has gone bankrupt, it focuses on the unpopular, manipulative and corrupt mayoress, Cora Hoover Hooper and the practical but idealistic nurse, Fay Apple. Mayoress Cora Hoover Hooper together with her political cronies fakes a miracle—water flowing from a rock—that they think will attract tourist dollars. They find themselves challenged by skeptical Fay Apple, a nurse at the local sanitarium, the “Cookie Jar”, who intends to use her patients to disprove the claim. The patients from the “Cookie Jar ” mingle with the townspeople, creating chaos and confusion.  J. Bowden Hapgood, a patient mistaken for a psychiatrist, divides the town into two groups, the sane and the loony, but refuses to divulge which is which. Nurse Apple, determined to learn the truth about the “miracle”, disguises herself as a French verifier. She becomes romantically involved with Hapgood but fears letting go. Ultimately, Nurse Apple exposes the greed and cynicism of the elected officials and she and Hapgood are united.  The show originally opened on Broadway on April 4, 1964 at the Majestic Theatre, where it closed after nine performances, unable to overcome the generally negative reviews it had received.  This musical was Angela Lansbury’s first stage musical role. This performance ran in Dodge City from July 9-25, 2004. 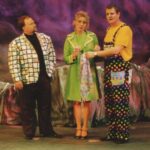 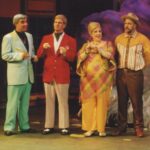 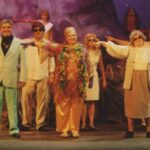 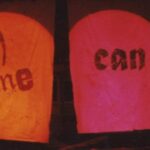 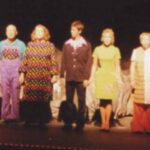 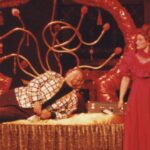 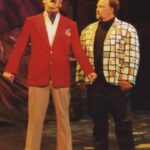